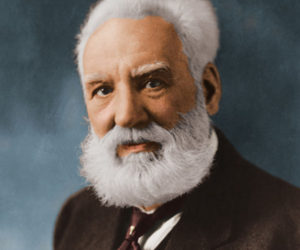 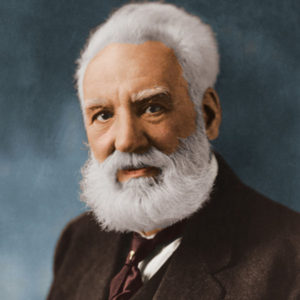 In 1915, almost 40 years after Alexander Graham Bell and Thomas Watson had their first historic telephone conversation, they would have another. This time it concerned the first trans-continental conversation by telephone. From New York, Bell repeated the words he uttered in 1876: “Mr. Watson -come here- I want to see you. Only this time, Watson wasn’t in the room next to Bell, but in San Francisco, and he answered: “It will take me five days to get there now.”

In the decades that have passed since Bell claimed his invention the telephone made significant progress. The American Telephone and Telegraph Company (AT&T), owner of the Bell Telephone Company since 1899, worked hard to expand their cable network to all major cities in the country. The rapid growth of telephony could not be missed, and the immense popularity of the telephone in the USA can be illustrated by the increasing number of phones; in 1900 there were 600.000 phones in American households, but just 5 years later this was up to 2,2 million, and more than tripled to 7 million in 1910!

During the first decade of the 20th century telephony took off in Europe, especially in Germany and England. In 1910 there were 3 milion telephones in European households.

The influence of World War 1

The fact that the telephony rapidly evolved to a popular mean of communicating became very clear when World War 1 broke out in Europe. It was the first war since the invention of the telephone. Up until then officers mainly communicated through 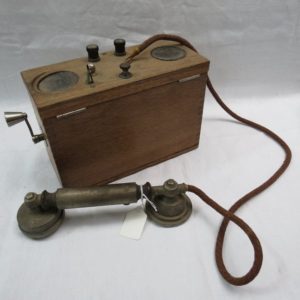 handwritten notes, the telegraph and other visual signal systems. Of course the telephone meant that communication was much faster en more effective. But progress was still slow; operators and signallers had to be trained, and cables needed to be laid over several kilometers through army lines. Radio, another popular way to communicate during WW1, didn’t need any cables. However, radios were quite heavy and the signal could be intercepted than was the case with telephony.

You often hear that wars accelerate inventions and innovation. Indeed, in 1915 the first field telephones could already be spotted on the battlefield. These were much lighter than radios en could easily be transported over long distances. By 1917 the Germans had laid 319.000 miles of cable on the Western Front, and 216.000 miles on the Eastern Front. At first these were laid above ground, but it quickly became clear that cables needed to be buried to prevent them from damage by warfare.

More progress because of warfare?

In 1917 the USA joined the war, and they brought with them an army of, indeed.. women. To manage the switchboards in France and England they needed operators, and since the men needed to fight at the front the Signal Corps started recruiting women instead. 450 employees of commercial telephone companies like AT&T were selected to work as operator. These women quickly became known as the ‘Hello Girls’. Even though they played a crucial role in the war, they weren’t officially named war veterans in 1978. 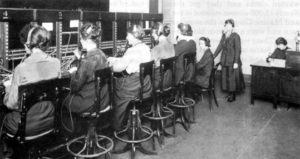 WW1’s technological developments helped automate the telephone system after the war had ended. By then it was hard to imagine a life without it and the rapid growth of telephony proved it was here to stay. Proof for this is a study conducted by AT&T in 1919. The idea was to measure the heads of 4.000 people, to determine what the perfect distance between the microfoon and the mouth would be for a standard headset.

From this moment on telecommunication became somewhat less dynamic, but certainly not less interesting.