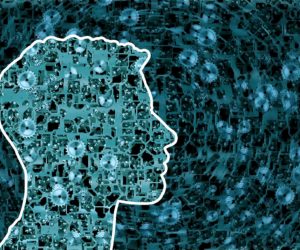 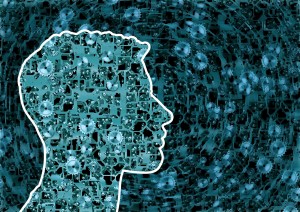 There have been a number of films released in the last couple of years covering the topic of Artificial Intelligence. 2013’s Her, for instance, where Joaquin Phoenix falls in love with the character in his cell phone (voiced by Scarlett Johansson) and more recently Avengers: Age of Ultron in which a robot plans to destroy the world. These fictional scenarios of AI may make you wonder about what is really going on in the tech world when it comes to these technologies.

The probability of coming into contact with weak AI is quite high – you’ve probably come across it without even being aware of it! AI is a standard tenet of a number of technologies, including search engines (like Google or Yahoo) and speech recognition tech (such as Siri).

Artificial Intelligence is also being used in customer service with text and voice based message services. While you might argue that customer service bots are more reliable and widely available than humans, who are unpredictable and work only during office hours, there are drawbacks. For instance, AI is not able to independently deliver creative solutions to complex problems. This type of drawback is the main reason for companies to try to create a truly intelligent technology, in other words: strong AI.

In September 2014, IPsoft announced its new AI agent, Amelia. While you may not have even heard of Amelia, she has been in the works for about 15 years. Named after Amelia Earhart, Amelia does not merely mimic human behaviour but actually has the ability to process information and come up with solutions for issues herself.

Amelia has access to the same information as an employee would. With this input she creates mind maps and is able to connect information in a meaningful way. She only becomes smarter over time: the more information she processes the more difficult situations Amelia can tackle. Sounds a lot like human learning, doesn’t it? IPsoft’s creation allows businesses to leave the tedious research work of customer service to her, leaving space for human talent to flourish. Amelia can even send off inquiries to human colleagues if she is unable to find a response to the question at hand.

Another interesting development in strong AI technology is Google’s DeepMind. Much like Amelia, DeepMind is being taught to think like we do. DeepMind is even learning how to read! MIT Technology Review recently shared that on top of facial recognition – being able to distinguish cat face from human face, for instance – an algorithm has been created to help teach DeepMind to read. While creating an image database is relatively easy, a comprehensible written word database was much more of a challenge. Luckily, the DeepMind team has found a way to take advantage of the writing style in the DailyMail and CNN articles to create a database of over 200,000 articles. With summaries and annotations, the algorithm is able to learn more than just where and when sentences occur, but also how to interpret them.

Of course, like with any new technology, there are a number of critiques of AI in the tech and science worlds. Perhaps the most compelling argument against it comes from famed astrophysicist Stephen Hawking. Stephen Hawking himself uses an AI device in order to communicate. A technology created by Intel and Swiftkey was developed to learn how he thinks and predict what he would like to say. While he is clearly an avid user of AI technology, last December he said that “Humans, who are limited by slow biological evolution, couldn’t compete, and would be superseded [by more advanced AI]”.

While this line of thinking may exist for many, there is no doubting the ways in which AI can be beneficial to our everyday lives. Along with the great potential of IPsoft’s Amelia, DeepMind’s developers believe that AI will be an extension of humanity rather than a threat to it. In the last century, humankind has survived the Industrial Revolution and more recently a surge in Digitalization, why not the integration of AI into society?