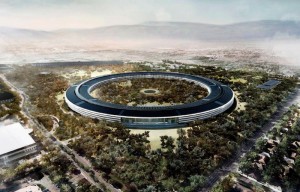 A while ago digital magazine Model View Culture published an interesting article that defines big technology companies as new colonialists. As a company active and interested in the tech industry, we believe this article raises valid points every tech company should be aware of, so we’ve summarized the article for our blog readers.

These days colonialism seems far away, a thing of the past. However, according to Anjuan Simmons, author of “Technology Colonialism”, technology companies today are increasingly colonial in their actions which “can be seen in the veneer of sovereignty they seek to cultivate, how they work across borders, their use of dominant culture as a weapon, and the clear belief that “superior” technology is a suitable excuse for lawlessness, exploitation and even violence.”

According to Simmons colonialism can be defined by the following keywords: sovereignty, globality, cultural dominance and ‘being above the law’. Simmons shows that these keywords are all applicable to the big tech companies of today. We have summarized his argument by looking at each of these keywords.

Simmons defines “sovereignty” as “a right to conduct internal affairs without interference from other [nations]”. Technology companies, Simmons argues, can be compared to sovereign nations and are increasingly regarded as such by others and thus recognized as sovereign entities. CEOs such as Mark Zuckerberg or Jeff Bezos give speeches on international conferences, meet political and world leaders and sometimes work together with national governments (for instance when it comes to data retention and privacy). This adds to the idea that a tech company functions like a nation.

Additionally, Eric Schmidt argues that “the Internet will disappear” meaning it will become a seamless part of our experience of the world, resulting in the blurring of boundaries between reality, technology and technological companies. We will be provided with personal experiences that can only be brought to us by centralizing extremely private information. When the Internet will become invisible, the companies providing this information will also become invisible and thereby extremely difficult to detect and held responsible for their actions.

This means that, as technology companies become increasingly sovereign, they will be able to influence world politics and world leaders as they please and have the ability to “cause disruption on a global scale”.

The big tech firms of today are international and work across borders. Companies such as Google and Facebook are essentially advertising agencies and will need an ever increasing number of users to keep their investors happy.

Even though big international tech companies are present in many countries, the money coming in usually flows to their head offices, usually meaning Silicon Valley, and so does the data they collect. The central storage of data causes concerns because privacy laws are usually valid within one country only, if the data is transported to another country, who is responsible and which laws apply? With tech companies already becoming invisible, this becomes even more complex.

The tech industry with its (mainly) male leaders often displays elitist behavior. An example: although the services of Facebook, Google & Co are predominantly used by women and minorities, and their user data is sold at a great profit, it are precisely these groups that are most often blocked from working at technology companies. As Simmons state, top engineers “are rarely envisioned as women or people of color”.

Furthermore, as the products of the big tech companies are generally designed by white men for a global audience, there is little understanding of the diverse interests of end users. Even so, their products are used all over the world, the result: a loss of diversity in culture and cultural domination by a small group of tech giants.

The general public does not understand exactly how technology products and services work. At the same time we are becoming increasingly dependent on technological products. But it’s not just the general public that is becoming tech addicted, governments and other agents of the law also become more and more dependent on technology. Tech companies use this dependence combined with the ignorance of the general public to their advantage and get away with all kinds of activities other companies would not be able to get away with (such as disregarding copyright laws, unmonitored data storage etc).

So, if tech companies increasingly act as sovereign states, forming the almost invisible powers behind many of the technologies we use on a daily basis while disregarding the law, their activities will be increasingly difficult to track and it will be a great challenge to hold such companies responsible for their actions. This makes it easy for them to do exactly as they please: dominate the world. Just like the colonialists used to do.

We’re looking forward to your comments!