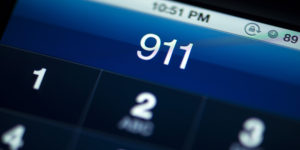 Many people tend to think that internet telephony is a new technology, while it in fact has been around for years in one form or another. In fact, you may already be using VoIP (Voice over Internet Protocol) without knowing it.

So how does VoIP work? Let’s compare it to conventional phone calls. When you make a normal phone call using the Public Switched Telephone Network (PSTN) you use what’s called circuit-switched telephony. This system sets up a channel between two points for the duration of the call, based on copper wires carrying analog voice. This contrasts newer internet telephony networks, which are based on digital technologies. VoIP uses packet-switched telephony, which sends the message in countless individual packets.

The advantages of VoIP are numerous and indisputable. It’s flexible, cheaper and the capacity is generally much bigger – nearly unlimited. A thorough analysis of the pros and cons of VoIP vs. traditional telephony can be found all over the internet – check out this comparison or this SlideShare deck for instance. More and more businesses make the switch to IP-based telephony.

This means that we become increasingly dependent on data environments, and at the same time have to maintain trust in continuity of power supply. Not all that exciting, but it does mean increasing vulnerability, just think about the Internet of Things. But what to do when there’s a power outage? Let’s have a look at the numbers: regular phone services work 99.9% of the time, meaning just one out of every 1,000 calls won’t be completed. But the average VoIP service drops 31 out of every 1,000 calls.

Even the worst result might seem good. However, any dropped call could be crucial. There are some situations where it would be disastrous if the lines are failing, especially when there’s a need for quick action and response;

It justifies that some companies choose to keep a conventional phone line for emergencies and backup purposes. A traditional line is typically not tied to the electrical system, so it can still be used during a power outage, and the same  goes if there is a broadband outage. For companies that depend on having an outside line at all times this is often a good strategy. If you as an end user have a choice, think twice about ditching your traditional phone system entirely. And we haven’t even started about the security issues yet.

We’re not saying a switch to VoIP is bad, by the contrary: we encourage the use of certain data systems. However, there should always be a backup line in case of an emergency. Maybe mobile is the only thing we can actually rely upon?

Search
Copyright 2021 - All Rights Reserved
Back To Top