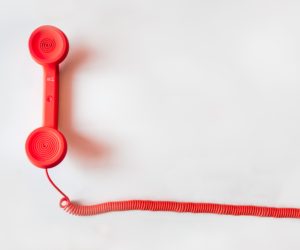 What is a toll free number?

Toll free numbers were first used in the USA in 1967 by large companies for special events with high volumes of incoming calls, to protect usual day-to-day incoming business calls.

In England, toll free numbers developed around the same time while other European countries such as Germany invented them only in the 1980s. Toll free numbers are also called freecall or freephone numbers and are mostly accessible via the prefix 1-800 (for example United States or Canada), 0800 (e.g. Germany or the Netherlands) or 800 (e.g. United Kingdom or Italy), although other digit combinations exist in other countries, too. Thus, 0800 numbers cost nothing for the caller.

So, simply speaking, a toll free number or 0800 number is generally used as an added value service number where callers can call for free within the country and all costs are paid by the organization who is offering the service line. But: While freephone numbers are always free from a landline, costs from a mobile may vary per country. Generally, these lines are used as support lines to help with substantive questions and/or complaints. That’s why, when calling their toll free numbers, a lot of organizations’ automatic call answeringsystems ask you to select a reason for calling before directing you to the right department.

What is an emergency hotline number?

Historically, hotlines refer to direct communication lines. Pop culture has given us the idea that a red telephone exists for direct calls between important parties or countries in a time of war. Very literally you would be able to pick up the phone and be directly connected to the end user. Nowadays, a hotline number in telecoms refers to a phone number used for large scale incoming calls, often in times of urgency, without fear of a service disruption.

These days, hotlines are emergency hotline numbers commonly set up as exceptional and special events phone lines to connect people in need for specific information sources. In the case of large scale crises, like hurricanes or product recalls, they are set up as toll free numbers to ensure that the proper information is accessible to anyone who needs it.