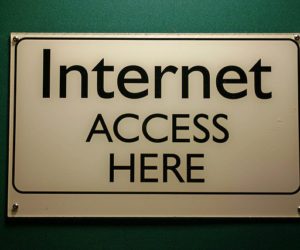 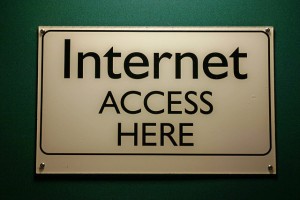 Who can still imagine living their lives without the Internet? Real-time travel apps guide us to a job we found through an online platform. The company we work for sells most of its products or services via their website. We connect with our friends through Facebook, order our groceries online and even take online classes. In other words, our everyday life increasingly depends on having access to the Internet. No wonder the White House has recently stated that:

“Broadband has steadily shifted from an optional amenity to a core utility … taking its place alongside water, sewer and electricity as essential infrastructure for communities.”

Back in 2011 the United Nations declared Internet access a basic human right and said that “disconnecting individuals from the Internet is a violation of human rights and goes against international law.” The reasoning behind this goes much further than finding a job online; the United Nations state that Internet access gives individuals the opportunity to exercise their right to free speech and promotes the progress of society as a whole.

Not everyone agrees with this UN declaration. Michael O’Rielly, a member of the US Federal Communications Commission (FCC) recently claimed that it’s ridiculous to compare Internet access to a basic human right. In his opinion this would diminish the value of the higher basic human rights such as liberty and freedom of religious beliefs. And O’Rielly is not the only one, Vint Cerf, one of the so-called “fathers of the internet” argued in a New York Times editorial that Internet access is a means to this right, but not a human right in and of itself:

The best way to characterise human rights is to identify the outcomes that we are trying to ensure. These include critical freedoms like freedom of speech and freedom of access to information — and those are not necessarily bound to any particular technology at any particular time. Indeed, even the United Nations report, which was widely hailed as declaring internet access a human right, acknowledged that the internet was valuable as a means to an end, not as an end in itself.

Cerf argues that Internet access should be seen as a civil right rather than a basic human right. Indeed, most Western governments seem to agree with Cerf. In Germany, for instance, Internet access has been declared a “Lebensgrundlage”, which can be translated as “a material prerequisite for life”. However, the German government will not go as far as declaring Internet access a basic human right (Grundrecht). Similarly, the United States has declared broadband access a “core utility” and has announced an 18 month program to improve and expand the broadband network, which of course is not exactly a human rights campaign.

It would seem that the devil is in the detail. As even the UN acknowledged, the Internet is highly valuable but mainly as a means to an end, not as an end in itself. If this is true, it is still mostly communication that is a basic right, whether it takes place online or offline. But as most communication channels are increasingly depending on an Internet connection (such as Skype, Whatsapp, VoIP telephony, Slack), we think that this discussion is far from over and has in fact only just begun.

In any case, discussions are needed to create new possibilities and so we are very curious to hear to hear what you think? We are looking forward to your comments!