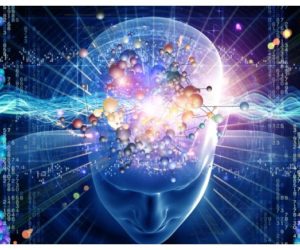 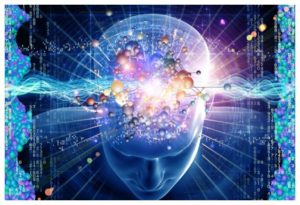 This is the last part in our series. We’ve guided you trough almost 200 years of telecommunications, from the invention of Morse code to digital telephony and smartphones. Now it’s time to take a look at what the future has in store for us, with the ever-accelerating technological developments. Since Apple kicked off the smartphone revolution we’ve embraced apps and gained easy access to tons of services that, prior to this smartphone age, would have required a lot more gadgets and resources. Our relationship with technology has fundamentally changed, and the possibilities are so endless it’s impossible to predict what the future of telecommunications will look like. But we can at least give it a try!

Gemalto, a global company in digital security, held a survey amongst 1,200 young adults (18-30) from all around the world. Respondents were evenly split between Brazil, China, France, Germany, the UK and the US. They were asked about their expectations, which resulted in some fascinating insights from the dominant consumers of the near future. We’ll provide you with the key findings of the full report – a whopping 18 pages summarized for your reading pleasure!

Trends for the future of mobile

Smartphones have lead to a massive rise in mobile data consumption. Technical advances and internet speeds have drastically altered what is possible, and the industry is constantly pushing these boundaries. 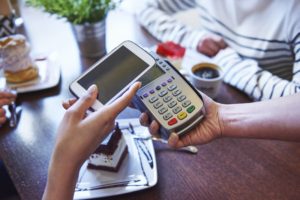 Respondents were asked what they think the future of mobile has in store for us. No less than 87% believes access to whatever content will be seamless, and 61% is sure that WiFi offloading will be common. The same goes for the trend of mobile payments, which recently took flight. Half of the respondents thinks it’ll be easy to make any kind of payment through your smartphone. Needless to say there are some cultural differences: only 19% of French respondents expect mobile payment, vs 69% of the Brazilians.

Generally, convenience is key. Issues regarding functionality will have been resolved as the frictionless nature of mobile is a big theme in the report. Another key element is unlocking. Fingerprints are rated as the most popular method in 2025, but facial recognition (44%) and retinal scanning (43%) have also surpassed the PIN/password method (40%). Almost a third thinks our smartphones will be equipped with a DNA scanner by then, with highest expectations amongst the Chinese (47%) and Brazilians (36%), vs an average of 32%.

A lot has been said about the Internet of Things (IoT), but it seems inevitable that it will forever change the way we live our lives. From industrial innovations to an IoT that will simplify our daily routines, the potential is huge. Smart cities are the obvious product of an all-encompassing IoT, and transportation was the key focus of this part of the survey.

Companies like Google and Tesla are already running elaborous tests with autonomous cars and trucks, and 63% thinks that our cars will be driverless by 2025. Of course navigation can’t stay behind: 62% thinks that 3D maps will be displayed in front of you as you drive. As cars will be autonomous and intelligent, so is public transport. Nearly 70% believes that by 2025, we’ll have high-speed connections even when travelling underground. Public transport networks will be able to gauge demand on increase of decrease the frequency of service, which will this hugely benefit the environment. Again, European respondents prove to be much more conservative than their Brazilian, Chinese and American peers. 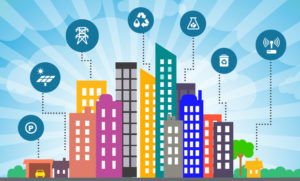 How about connectivity and our health? 63% thinks heart-rate monitors will eventually be able to show you a 3D display of your heart, with daily reports updating you about your status. More than 50% believes we’ll have implants for monitoring purposes. This way you’ll never forget a doctor’s or dentist’s appointment again, since your devices can make an appointment when needed and remind you as well. The Brazilians and Chinese are the most optimistic about the mind-reading potential of computers, with over 40% expecting direct brain interfaces.

Technology in 2025 will help us plan our daily lives better. By now it’s already quite normal to speak to our phones, with personal assistants (PAs) like Apple’s Siri, Microsoft’s Cortana or the Google App. But in 10 years’ time our relationship with these PAs will be far more developed, and the increasing connectivity will have profound implications on every aspect of our lives. Despite these predictions it’s impossible to foresee what our lives will be like in 10 years. But one thing is for sure, and that is that Samuel Morse could have never expected all this to come from his invention.